POLI.design expands its international network in Mexico to further the promotion of design in educational and professional field.

Thanks to its role as a link between the world of education and the professional one, POLI.design works in order to set new relationships and collaborations, with an international perspective, with universities, schools, institutions, and companies.

With this purpose, a POLI.design delegation comprising its President, Prof. Giuliano Simonelli, its Director, Prof. Matteo O. Ingaramo, and Paola Galdi from POLI.design International Affairs Office, undertook a mission to Mexico from 18 to 23 July 2016, promoted by the Mexican group Exeh, in order to meet Mexican companies, universities and institutions and broaden its international network for further collaborations.

POLI.design intends to build with Mexico a real medium to long-term program, in order to further the local promotion of design in educational and professional field. This starting from the State and the city of Puebla, acknowledged in 2016 by UNESCO as “City of design”.

A week full of meetings and events, during which POLI.design has had the opportunity to meet leading representatives of institutions and associations in the Country, including CEDIM and UDEM in the city of Monterrey, entrepreneurs, academics, officers and designers in the city of Puebla, the Design Center Headquarters ITESM in Queretaro, Centro Fox in León Guanajuato and CENTRO in Mexico City.

The meetings schedule included also the realization of a conference by Matteo O. Ingaramo, POLI.design Director, on the topic “Design as added value: The Italian case”, held at Puebla at the National Convention of the Camara Nacional de la Industria de Transformación (CANACINTRA 2016), at the Centro Fox in León Guanajuato and by the Camara de Comercio Servicio e Turismo of Mexico City. 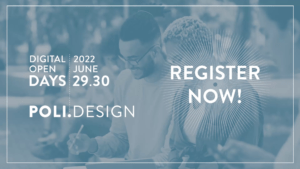